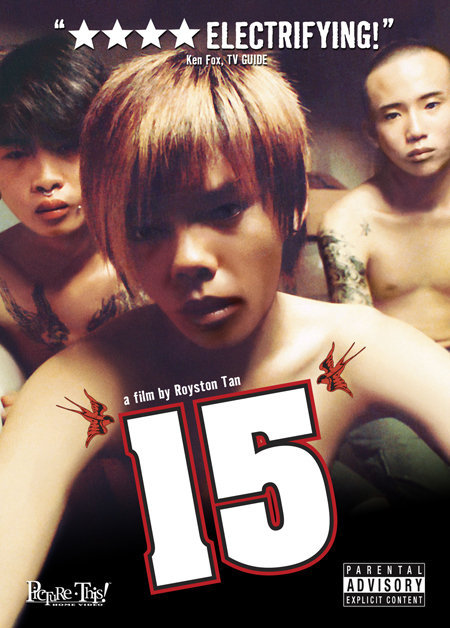 Fast, frenetic, and furious, 15 is the story of five Singaporian teenagers who, abandoned by the system and estranged from their parents and life in general, build their own world in which gangs, drugs, fighting, piercing, self-harm and suicide are common and brotherhood is important above all else. Presents the chaotic lives of these boys, living in the shadows of a sprawling metropolis and with only each other to rely on.

The film charts the misadventures of five teenagers on the fringe of Singaporean society. Abandoned by the system, they seek answers to their aimless existence among the misfits and outsiders of Singapore's underclass. Acted by real street kids, it presents a gritty side of modern-day Singapore life that many never knew existed.